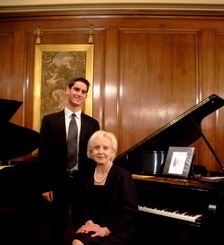 The Piano. King of Instruments.
by Natalya Mark

Good evening my dear friends. You probably know me as Miss. Natalya, but tonight I am not Miss Natalya. I am a magician, and I am going to take you back hundreds of years. Come with me on this magical journey!

Hundreds of years ago there was no electricity and no TV. There were no radios, no cars, and no airplanes. They were not invented yet.

Let me introduce you to the first member of the keyboard family.

Hundreds of years ago the clavichord was one of the most popular musical instruments. Why? Because it looked beautiful and elegant, and it sounded very very gentle and quiet. In the clavichord the sound was produced by pressing brass ( metal) pieces against strings. The sound of the clavichord is always soft and very expressive, and many composers liked it a lot. But this instrument could not be used in large rooms or concert halls. Why? Because you cannot hear its sound from a distance. This instrument was used just for personal music making. The clavichord is the father of the keyboard family. Let’s call him Mr. Clavichord.

I am sure you would like to meet his wife Mrs. Harpsichord- the mother of the keyboard family, and one of the favorite musical instruments of its time. Why did people love the harpsichord so much? Because just like the clavichord, it looked very nice. Its sides were covered with beautiful pictures and sometimes it was even decorated with gold. What about the sound? The sound was bright and clear. Why did it sound so beautiful? Because inside the harpsichord, strings, which were attached to a wooden frame, were plucked by little tongues made from the quills of crows.

It does not matter how hard you strike the key, the sound is always the same – soft, dry, and clear. The harpsichord was an important part of every musical ensemble. In orchestra pieces, a flute or a violin usually played the melody, and the harpsichord supported the melody with simple chords or arpeggios.

How did Cristofori do it? He changed the way the instrument worked. In his new instrument hammers hit the strings. Remember? On the harpsichord, the strings were plucked. Little baby piano took after his father and his mother and as all children he developed his own personality.

The first pianos had only 48 keys and the strings were attached to a wooden frame just like in the harpsichord.

Composers started to write music by taking advantage of the piano’s special characteristics, which made it different from the harpsichord, including dynamics, crescendos, diminuendos, and other expressive markings that the harpsichord could not produce.

Mozart, Bach and Haydn- They loved this new instrument. They were excited about what this instrument could do. 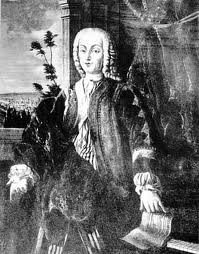 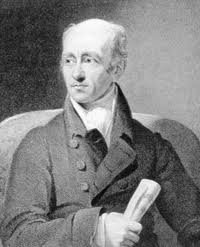 One of the first musicians that I would like to talk to you about is Muzio Clementi. Muzio Clementi was a great musician and a great businessman. He started a company, which published music and made pianos. To help sell pianos and music, Clementi traveled around Europe. Because he was a famous musician people bought his pianos.

Clementi was one of the first composers who wrote music specifically for the piano. He wrote a book of exercises and studies called “Gradus ad Parnassum” which means “steps to mount Perfection, and he also wrote a lot of sonatinas and sonatas. 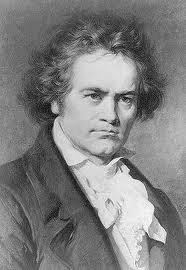 Next comes the story about the German composer Ludvig Van Beethoven. The piano was his favorite instrument. By Beethoven’s time the piano was changing rapidly. It had become more advanced and could play more powerful music, but it was not strong enough to withstand Beethoven’s powerful style of playing.

He played with so much force that he broke a lot of his pianos. So every few years he bought a new piano. He needed a stronger instrument to really express his emotions. Companies worked hard to improve the piano. They changed the way the strings were attached and tightened. An iron frame replaced the wooden frame and more keys were added to the keyboard.

The baby piano grew into a child and the child grew into a teenager. He developed muscles, and because of the new iron frame, the voice of the child began to change. The new voice was richer and stronger. It was no longer the voice of a baby. The sound of the piano was so powerful that it could fill a big concert hall. 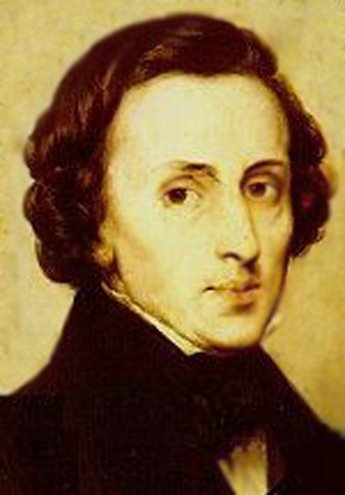 The great Polish composer and pianist Frederic Chopin was often called the poet of the piano. All of his life he wrote music for his beloved instrument.

He accompanied his beautiful melodies with colorful harmonies. He used the pedals to create unusual effects, and his music made the piano sound different. It was a sound that had never been heard before. In France, Pleyel made a special piano for Chopin that had light keys, light hammers, and a quality of tone that was perfect for his style of playing. Chopin was also a great piano teacher, and he taught his students to play with a flexible wrist. 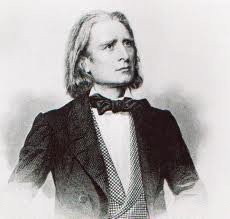 The great Hungarian composer and pianist Franz Liszt was so enthusiastic about the piano that in his concerts he started to play pieces that were written for piano by other composers.

Before Liszt, composers played only their own music in their concerts. Liszt was one of the first concert pianists. Most of his works were written for the piano and he was a wonderful performer. He traveled all over Europe performing on the piano in grand concert halls.

Clara Schumann, the wife of the great composer Robert Schumann, was a great teacher and a great pianist. She traveled around performing the works that her husband wrote for the piano. Robert Schumann’s music for piano sounds romantic, even fantastic. He created mysterious images by using combinations of different rhythmic patterns.

We haven’t talked about duets. What an enjoyable way to spend time together with friends! Sometimes duets were written for piano. Sometimes the piano just supported a solo instrument, like the violin.


Now I am going to tell you about two Russian composers. The first composer is P.I. Tchaikovsky who lived a hundred years ago. He wrote three popular and very well known ballets for children: “The Nutcraker, “Swan Lake”, and “The Sleeping Beauty”. He also wrote a whole book of piano pieces for children. These pieces are easy enough for children to play.

The second Russian composer’s name is Sergei Prokofiev. He was a modern composer, and his musical language was modern. He used the piano as if it were alive. The piano talked. The piano laughed. The piano told joked, and the piano marched.

Do you remember the question I asked you at the beginning of this evening? Hundreds of years ago, what did people do when they were happy?

So, the years passed by, and the piano grew up to become an adult. He now had 88 keys. His voice could fill a big concert hall. He did not pluck the strings as his mother Mrs. Harpsichord had done. He struck the strings with hammers. His two pedals help to create different types of sound effects. The baby piano grew up to be a prince, and the prince became a king. The king of musical instruments.

Why is the piano considered the king of instruments?


Come and see for yourself.

Take a look inside the king of instruments! 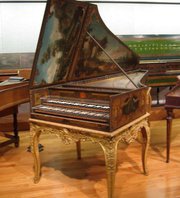 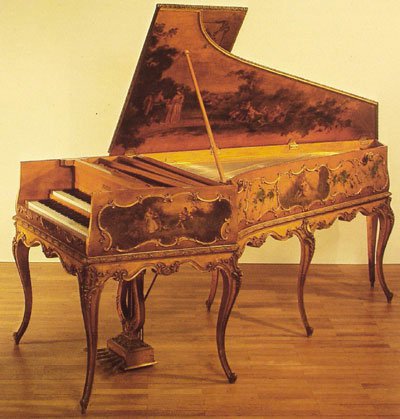 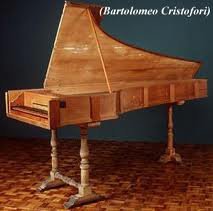 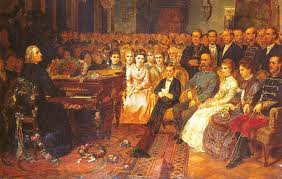